Torremolinos is only five kilometres away from Malaga-Costa del Sol International Airport, which you can reach in approximately fifteen minutes on the local train from any train stop of the municipality. The airport offers flights to over one hundred destinations, with direct connections to the main Spanish and European cities. Additionally, the Malaga-María Zambrano Train Station, which is also easily reached by local train, bus or car, operates fast trains to Madrid, Barcelona and other capital cities.

And if this were not enough, Malaga also has one of the best road networks of the country, with highways and toll motorways leading to any point of Spain. 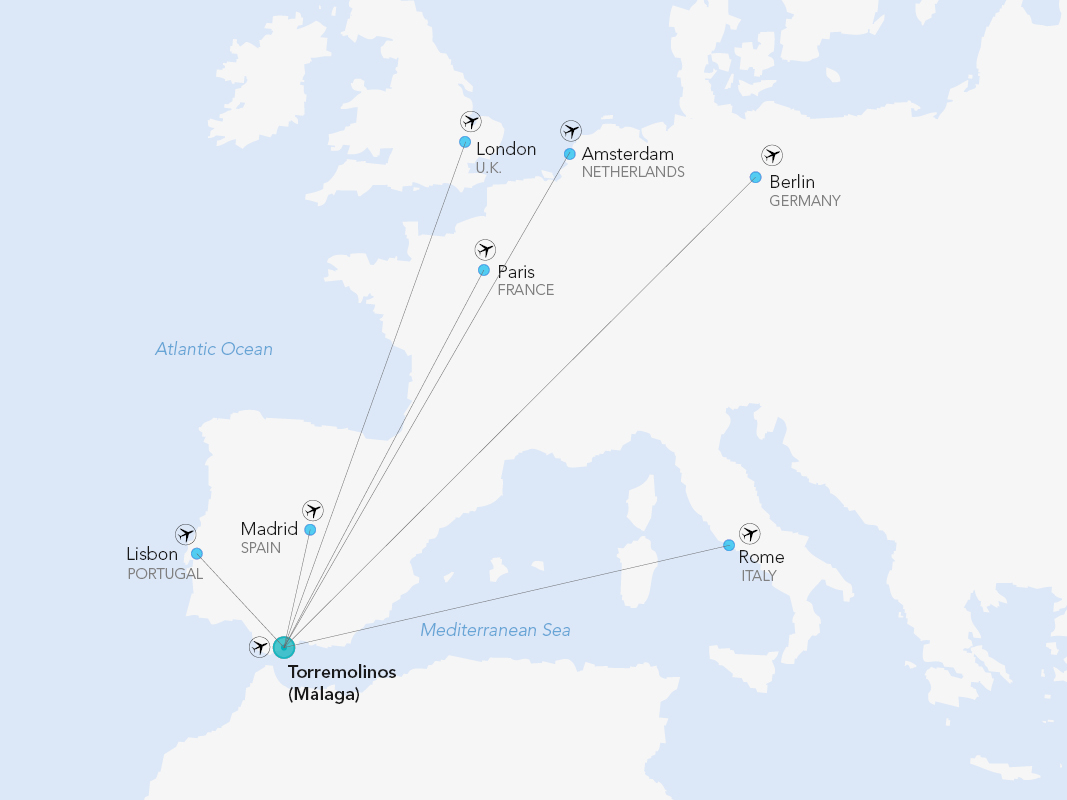 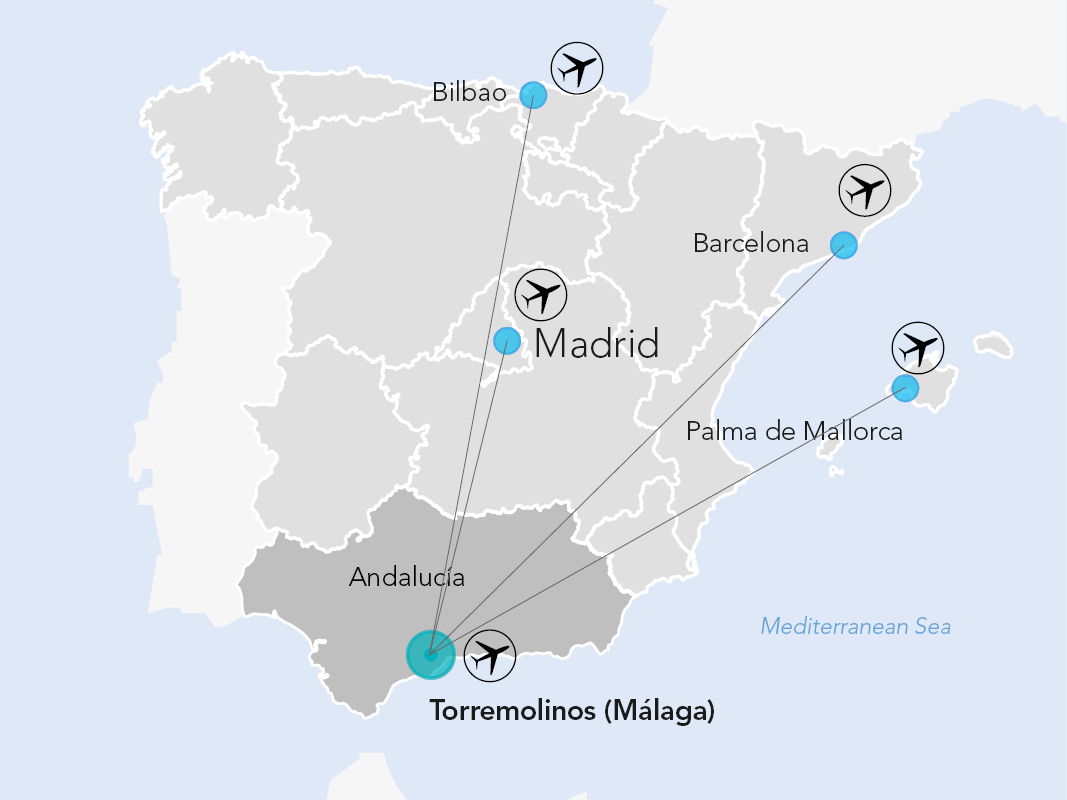 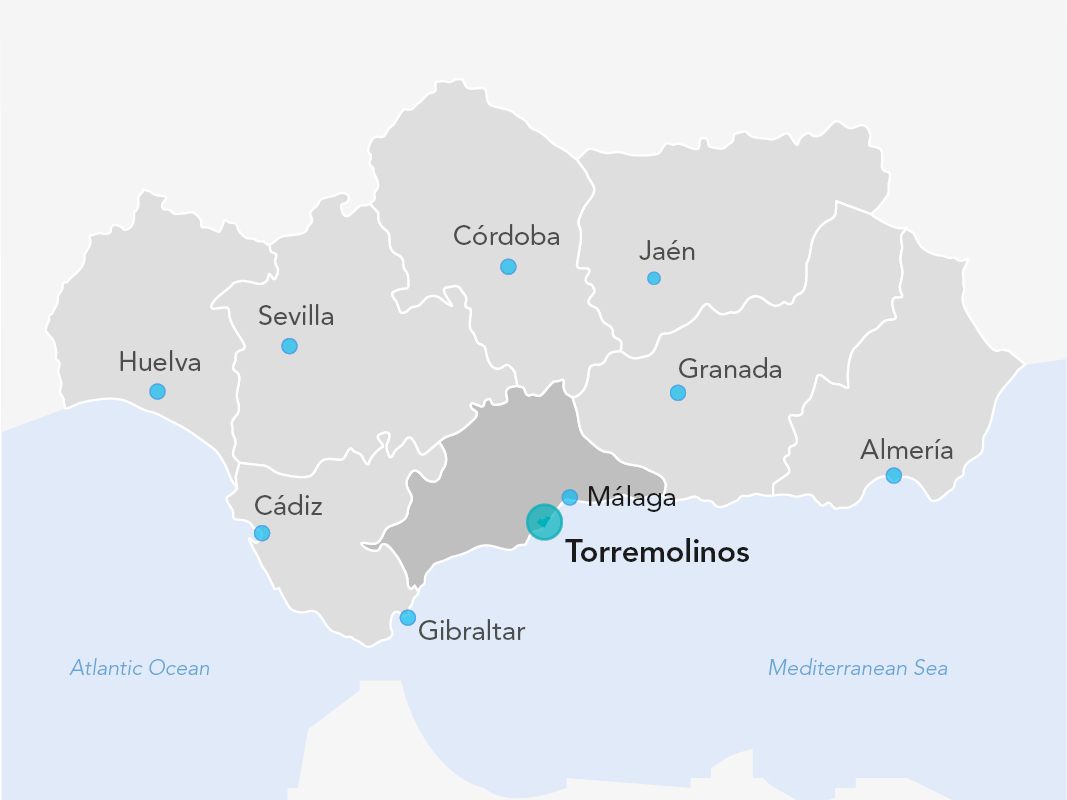 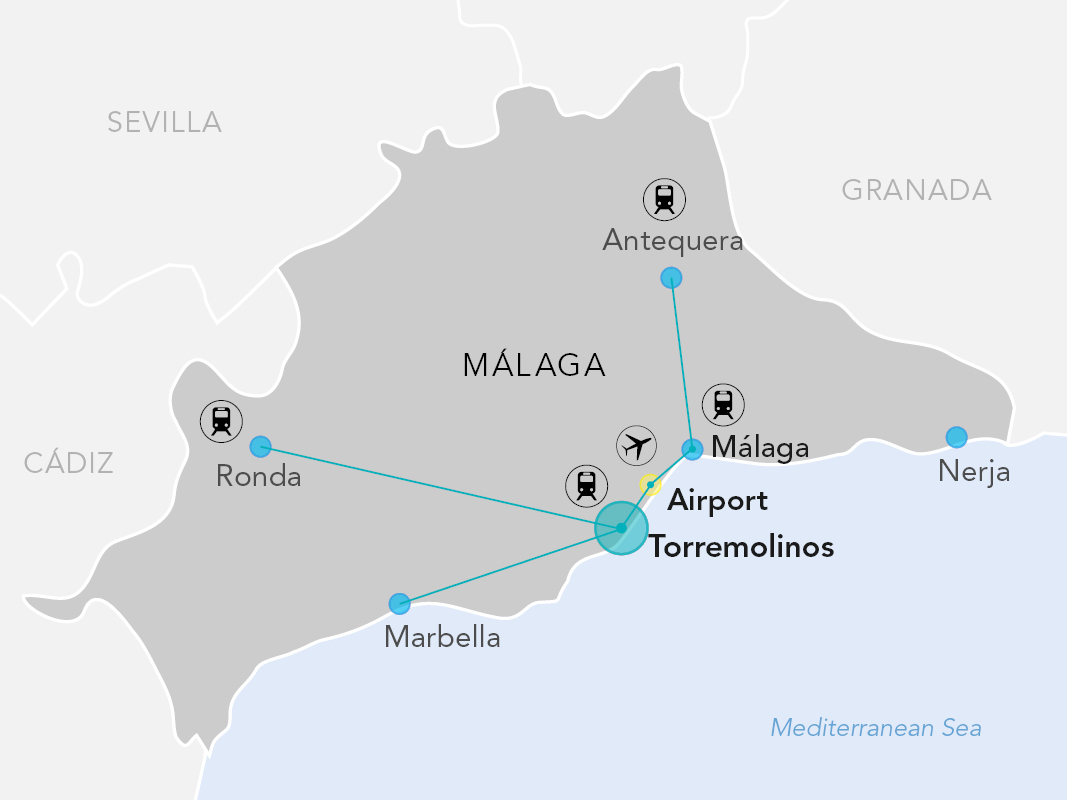